11 PARADISO 1800DD WILL REINFORCE THE FLEET

After conquering Brazil, with sales in all the segments where the manufacturer operates, the Marcopolo Generation 8 of highway buses is now present in almost all of South America, reaching the Argentine market. Andesmar S.A. from the province of Mendoza, acquired 11 units of the Paradiso G8 1800 Double Decker model, which will be used in tourist operations and on interstate lines in that country.

“The receptiveness of our international customers is further proof of the high level of technology and innovation that Generation 8 has introduced for transport operators. The G8 models are already working in different countries in South America and now also in Argentina, one of our main markets in the region”, highlights André Armaganijan, director of International Business, Commercial Operations and Foreign Market. 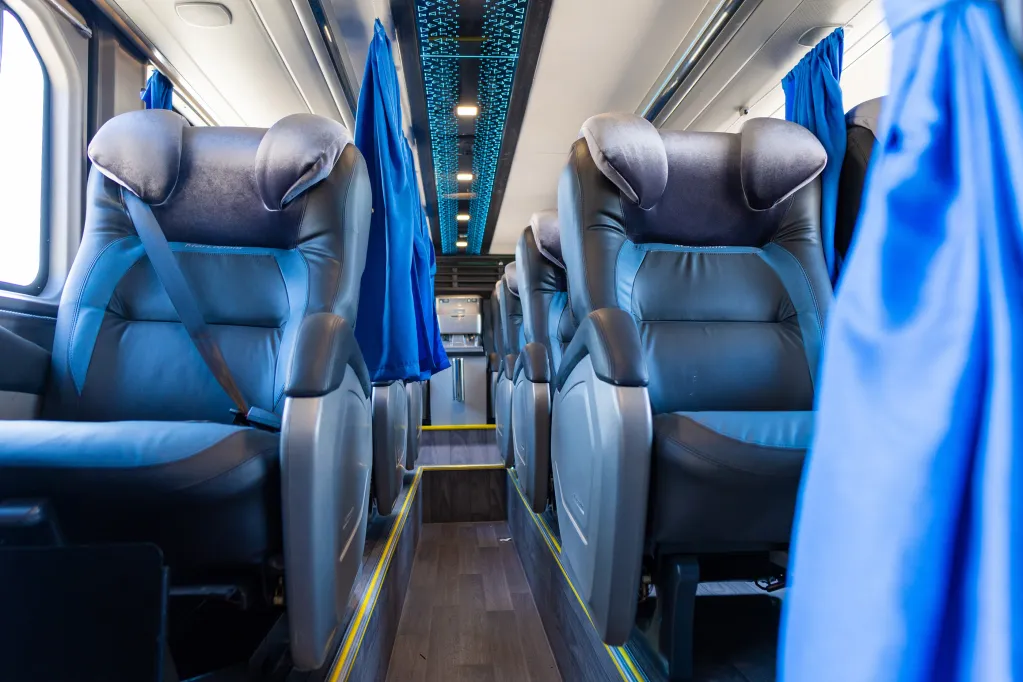 With a total length of 14 meters and a Scania K 440B 6×2 chassis, the Paradiso G8 1800 DD has a capacity for 58 passengers, 46 in the upper deck, in semi-bed seats, and 12 in the lower deck, in bed seats. , all with USB ports retractable seat belts and cup holders. The vehicles are equipped with Valeo CC430 P3 air conditioning and entertainment systems, with DVD and six monitors, DPM (Moving Seat Device) for full accessibility, reversing camera, curtains, electronic itinerary, luggage rack and parcel rack.

Andesmar S.A. He has been a Marcopolo client since 1998. The company was born in 1967, shortly after Guido Badaloni, founder of the group, acquired the Expreso Campo Los Andes (ECLA), providing services between Mendoza and La Consulta (120 kilometers). ECLA laid the foundations for the creation of Autotransporte Andesmar, which initially made trips between Mendoza and Bahía Blanca, in the Province of Buenos Aires.

In 1972, Autotransportes Andesmar continued to grow and expand throughout the Argentine territory, in addition to expanding its business to Chile. Today in the hands of the third generation of the Badaloni family, the company offers the longest route in Argentina and transports more than 1.8 million passengers a year, covering around 45 million kilometers. 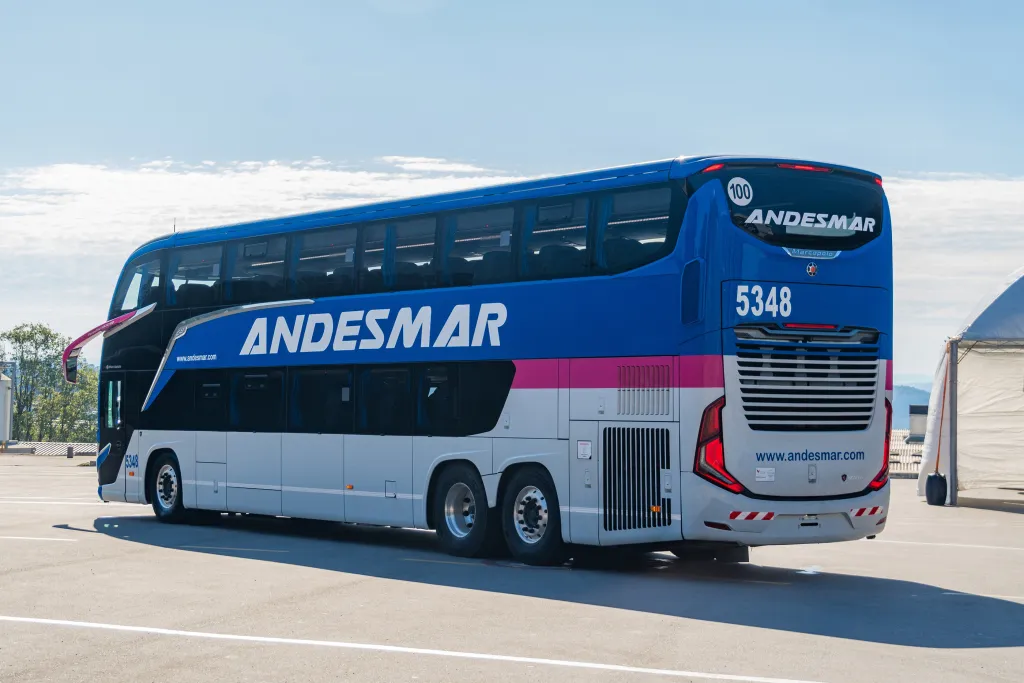 The Paradiso 1800 Double Decker is the Generation 8 model most purchased by transport operators, for its safety, comfort and efficiency features, with the highest standards in the Brazilian market, especially for the more than 140 new attributes for drivers , passengers and operators introduced in the highway segment. The model has an unprecedented design, with Marcopolo DNA and a drag coefficient of just 0.379, which guarantees lower fuel consumption and reduced greenhouse gas emissions.

Marcopolo is the main manufacturer of bus bodies in Brazil and is among the largest manufacturers in the world. The company continually invests in improvements, technology, design and expansion, producing solutions that contribute to the development of collective passenger transport. With factories on five continents, the vehicles produced by the company circulate on the roads of more than one hundred countries.